I was an artist before I was a mother. I had always wanted kids - becoming a mum was more important than anything to me - but knew I had to have them with the right man. I met this man later than expected, but he knew right away who I was: Nick got me, understood me, accepted me, loved me.

We married and decided to have children straight away. All was wonderful, until, eight weeks into the pregnancy I miscarried. It transpired she was a little girl with Turner's Syndrome, a genetic condition caused by an abnormal sex chromosome. I was devastated to lose her, only then to be told that, in light of the Turner's, Nick and I should undergo genetic and chromosomal testing to establish our fertility and reproductive compatibility before trying for another baby.

We chose, however, to ignore this advice, throw caution to the wind and try again, and were over the moon when we found out I was pregnant once more, just months later.

I gave birth to Theodor in August 2011. We didn't know if we were having a boy or girl, but didn't care. His name means "Gift from God", and though neither of us are religious, he was this to us - a blessing, a gift, from someone greater than ourselves. The doctors had urged us to wait, to have countless tests, to screen ourselves thoroughly, but what did they know. Theo was a perfectly healthy little boy!

And two years and two months later, Oskar also joined our small family. And just like his big brother, he was perfectly healthy too.

Christmas 2013, when Theo was two and a bit, and Oskar no more than two months, and Theo's pre-school informed us they were a little concerned about his development. He wasn't ticking all the developmental boxes, in particular with regard to hitting certain gross motor skill and language development milestones. We told them, each other and everyone else in fact, that he was fine, and would catch up in no time. Maybe he was a little clumsy, even dyspraxic, but so what? We agreed to submit him to tests, with physio, occupational and speech therapists, sure though that our bright little boy would be up to speed in no time.

It was 26 June 2014 when the pediatrician finally confirmed how wrong we were. "Theo has muscular dystrophy," she said, "and it's most likely the severest form, Duchenne."

I remember at first feeling utterly confused, as if she were speaking a foreign language or I hadn't quite heard her. What did she mean? But then I turned to look at Nick, who sat on the other side of her desk, and seeing him weep my confusion quickly became desperation. He knew what her words meant, that Theo was not just developing slowly but was very ill, carrying a fatal genetic illness which would cause his muscles to waste away and kill him before he becomes a man.

The pediatrician reassured us that this moment, the diagnosis, is the worst part, but stressed it would get easier as the days, weeks and months went by. But how could it? I thought. And why hadn't we had those tests after my miscarriage?! I fretted. For the disease is passed on by the mother, and Oskar might have it also. It's my fault! I feel awful. I must have those damn tests!

The first few days I cried and cried, until my eyeballs felt hard and worn like old conkers. Then came the research, Nick and I devouring the internet day and night, in search of anything that might help Theo.

Oskar was diagnosed with Duchenne too, and there was nothing to say, no more words, just tears. My eyes hurt, I remember, the lids heavy and grating. I cry as I write this. For he's just a baby boy and doesn't deserve such a fate! He gives the best cuddles, squeezing one cheek hard like putty whilst clutching a fistful of my hair in his other hand, all the while making wonderful ga ga goo goo noises, which suggest he could be a wonderful singer one day... if he can only make it there.

My test results came back. "We cannot detect the defective gene in your blood," the geneticist explained. Am I not a carrier, then? I asked. "You do not carry Duchenne in your blood, but do carry it in a certain number of your eggs," she went on. Would these have been detected had I been tested prior to conceiving Theo? I inquired. "No, they would not," she answered, "and there is no way of knowing how many are affected." So we could never have known, then? It was not my fault, our fault. We were right to leave it to chance, to God even, I thought.

But then, does any of this bloody matter? All I am certain of, as I sit here now, is that I have two sons I love more than anything in the world.

It's strange. I always thought that people didn't understand me, and yet now, when I look into the eyes of people who are going through pain and difficulty also, I can see how much they do understand me. I can see my pain in their eyes, and their pain in mine.

Our world has been turned upside down since the diagnosis. There has been so much change, and there will be a lot more, not least of all our home. It's only when you have two disabled children that you realise quite how difficult stairs are: we need to live on one level, and fast! We're now faced with a care routine of endless hospital visits, both to Great Ormond Street and Epsom General, and appointments with physios, speech therapists, occupational therapists, teaching assistants, the list goes on.

But the greatest change, and the most important one, is my realisation that so many of the expectations we had, for ourselves and our children, were in fact meaningless, and did little more than distract us from the real business of living, from accepting life for what it is. All we can meaningfully do is live day-by-day, and night-by-night, and the here and now is all that matters. I will make the most of it, for me, for Nick, and for my sons... and my art will benefit also.

And somehow I want to thank Theo and Oskar for making me see this and understand this. For I would not have without them. 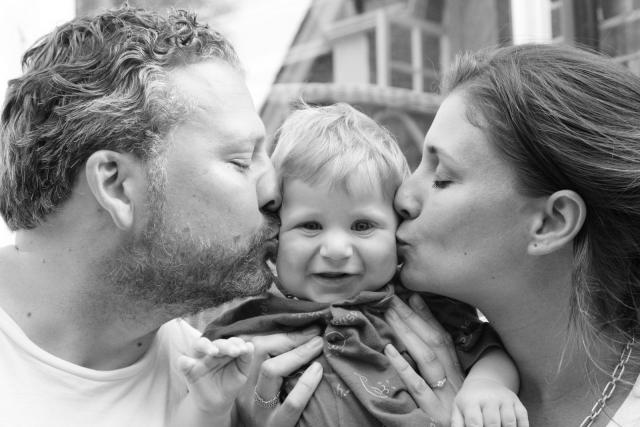 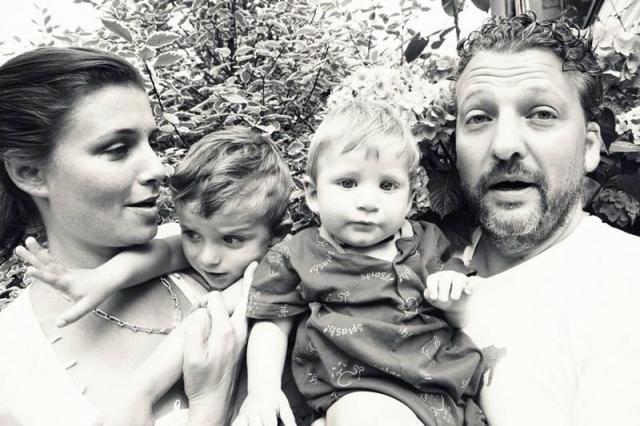 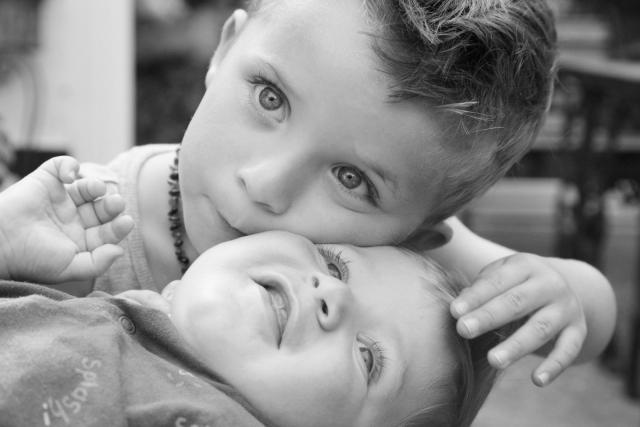 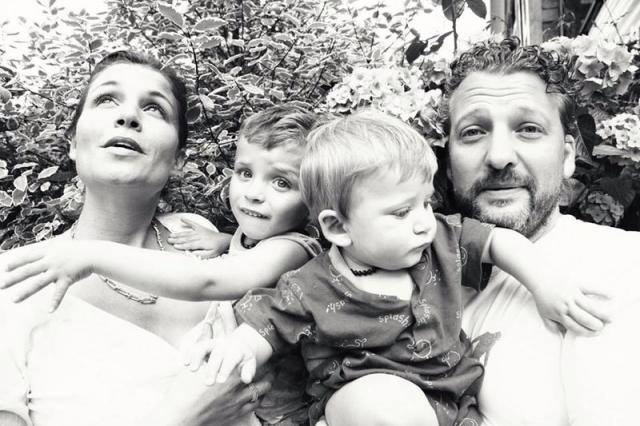 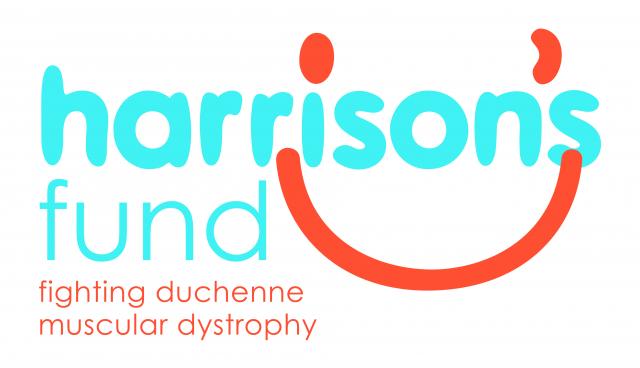 Harrison's Fund was set up in 2011 up by Alex and Donna Smith, in response to their son Harrison being diagnosed with Duchenne, a type of muscular dystrophy. Its aim is to raise money to fund the world's best researchers, who are working to find a cure for the disease.  Duchenne is a fatal neuromuscular condition caused by the lack of a protein called dystrophin. This results in progressive muscle weakness. One in 3,500 boys is born with Duchenne muscular dystrophy in the United Kingdom each year. Their average lifespan is just 20 years and it is 100% fatal.

Find out more at:
http://www.harrisonsfund.com